Anthony Weiner: Quit Being a D&*!

While you’re at it, just quit. You left Congress in disgrace. Do yourself a favor and end your campaign to be mayor.

This whole thing is truly pathetic. You’d think he’d learn from what happened the first time. I don’t care about his Tweeting proclivities – that’s between him and his wife. I wish he just owned it. If he didn’t lie about it, I’d be the first one saying he should stay. But no. He chose to lie about it, and we lost a fiery, up-and-coming Democrat in Congress. The “rising star” burned out fast. What a shame.

His campaign is crashing and burning around him. If he decides to stay in the race, he should be thankful for the 5 votes he’ll get.

Message to Huma, his wife: Girl, I can understand the “stand by your man” act the first time. But again? I hope your reason to stay is not to help him with his campaign. Even St. Jude, patron saint of lost causes, can’t save it. 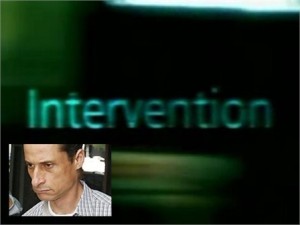 Treatment. Weinergate has now morphed into an episode of A&E’s Intervention. Three top Democrats, including Mama Nancy herself, read their letters. “I love you. If you do not get help, I’ll have to cut you out of my life. Will you take this gift and work on your healing starting today?” He agrees grudgingly. Then he gets whisked away to Sex Addiction Ranch in some BFE town. Most of the days will probably start with group. “Hi. My name is Anthony, and I’m addicted to sex.”

Politicians deal with scandal differently. He’s taking the long route and delaying the inevitable. Just resign. And I don’t think there is a 12-step group for being a dumbass.

I, too, prefer the person in the room. Hilarious! Enjoy! 😆 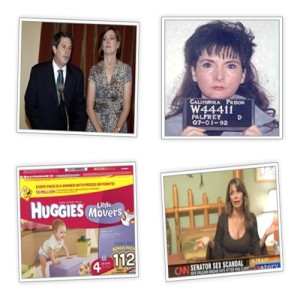 I’ve been reading this a lot lately. If Weiner goes, Vitter goes. I agree. The problem is the difference in circumstances.

David Vitter is the GOP Senator from Louisiana. His scandal happened in 2007. With America’s horrible collective memory, it might as well have happened in 1907. To jog that memory, he had a penchant for hookers. And a diaper fetish. Damn. What is it with Republican sex scandals? They have to add that extra special something. A kinky twist. From foot tapping in public restrooms to age play?

Anyway, he had madams on speed dial on both the Hill and in his home state of Louisiana. July 2007 was probably the worst month of Vitter’s life. In Washington, his number was found in phone records of Deborah Palfrey, the “DC Madam.” In Louisiana, Jeanette Maier, “The Canal Street Madam” said that he used his services in the 1990s. There was no evidence, but a New Orleans prostitute on diaper duty back then passed a lie detector test.

The raging hypocrite released a statement shortly after the DC Madam revelation:

This was a very serious sin in my past for which I am, of course, completely responsible. Several years ago, I asked for and received forgiveness from God and my wife in confession and marriage counseling. Out of respect for my family, I will keep my discussion of the matter there — with God and them. But I certainly offer my deep and sincere apologies to all I have disappointed and let down in any way.

A week later, he held the press conference of shame with his absolutely horrified wife by his side. Vitter dug in his heels and was even able to get re-elected. He’s still quite popular with voters in Louisiana.

I know. How was that even possible? Vitter had a horseshoe up his ass called, “before he was Senator.” The Senate Ethics Committee didn’t pursue an investigation because this happened before he was Senator. He also avoided criminal prosecution because of the rabbit’s foot called “the statute of limitations.” Because all of this hooker buying happened years before the scandal broke, the statute of limitations had expired. He is one lucky bastard.

Even though he didn’t, I wish he resigned. Come on. Being a member of party of family values and buying sex – and diapers – on the side? David Vitter is proof that there is life after scandal. I’m wondering if this is why Weiner won’t resign. Does he think, “Screw resigning. This guy had illegal hooker Huggies sex and got re-elected?”

Despite Weiner’s refusal, the ethics investigation might make that irrelevant. Mama Nancy herself is calling for this investigation. It doesn’t get worse than that. He just might be forced out of office.

Weiner lied, covered it up, and said sorry when Breitbart pulled the ace up his sleeve. The uncensored photo. Even if he doesn’t care that he let people down by lying to try and save his sorry ass, he should consider resigning for one reason. To save face. I think it would be less embarrassing if he stepped down now. Does he really want to wait until security escorts him out with his box of pictures and personal effects from his office?

Of course, there is life after a political scandal. For Vitter, it was remaining in the Senate because he paid for ass years before he was a Senator. For Weiner, it will probably be some kind of political consulting role. Despite the differences in circumstances, they share one similarity. Both are short-sighted, hypersexed pigs who think with their the little heads instead of their big ones.

Weinergate just gets worse by the nanosecond. His absolutely gorgeous wife of one year, Huma Abedin, is pregnant with their first child. Nice. She should be picking out names and color-coordinated nursery crap in baby registries. Instead, she is dealing with the shame of a Twitter-happy weiner of a husband.

Think that’s bad? Andrew Breitbart apparently keeps naked pictures of Weiner’s weiner handy. He showed radio shock jocks the picture in its full, naked glory. Gone are those cute, grey briefs. Of course, they “leaked” it. And of course, I had to check it out.

Perverted and/or curious as I am? Here you go, but it’s NSFW!! Not so Little Tony

Oy vey! So we have a pregnant wife and the uncensored photo floating around the net.

He should just resign. More crap will come out, I’m sure. There have already been interviews with his online “friends.” I don’t want the next headline to read, “Text of Anthony Weiner’s Racy Chat with Atlantic City Midget Hooker.”

Top Democrats are asking him to resign. His credibility is shot. He lied and tried to cover it up. He let a lot of people down. Liberals are split on this. On Daily Kos, when he confessed, about half wanted to give him the boot and others are glad he refused to resign. I think he should. Being an awesome progressive Democrat does not give him a pass in my book.

The Tweets don’t piss me off. That’s between him, his wife, and their marriage counselor. It’s the lie. And the cover-up. He should have just owned it from the beginning.

Even after all the computer-related scandals, he thought he would get away with it? These computer geniuses can see what you’re doing right now (Hi Bill!) And to trust that these chicks would keep these pictures secret is a serious gamble.

Message to Weiner: Why are you such a dumbass? Nice press conference of shame. A lot of us defended you, so thanks a whole hell of a lot. You make the party look really, really bad. All you had to do was own it. “Yes, that was my weiner. I’m so sorry. I was thinking with little Tony. Now, excuse me because I have to beg the missus for forgiveness.” Even if you don’t resign, you will forever be known as the guy who Tweeted his weiner. Well, at least you have a nice package.

Of course, I just loved the title. This was a great segment. Hilarious. Enjoy! 🙂

The Daily Show: The Big Wang Theory, posted with vodpod

A Fox is a Wolfe who Sends Tweets

Apologies to Ruth Weston for taking artistic license with her quote, “A fox is a wolf who sends flowers.” I couldn’t resist.

It’s looking like Dan Wolfe is the one who Tweeted Weiner’s weiner.

The Smoking Gun:
The Wolfe At Anthony Weiner’s Front Door

Dude seems a tad paranoid. Check out his e-mail.

Cannonfire:
CASE CLOSED! CONGRESSMAN WEINER WAS FRAMED! (An important update to “The Weiner affair: Close to solution (but I need your help!)”

I swear these scandals as of late would make great movies. They write themselves. The movie isn’t over yet. We’re getting there, though. 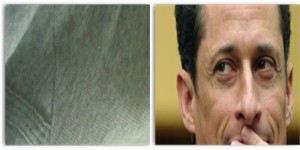 It must be a really slow news week or something. Honestly, I don’t think the guy is dumb enough to Tweet a picture of his weiner God, that poor man’s name makes jokes too easy. I believe his account was hacked. Just as sure as I believe he took a picture of it.

When I saw the shot, I was shocked that it wasn’t a full-on nudie picture. Sure, it looked like he was um “excited,” but he was wearing underwear. I was expecting much racier.

Lots of people are up in arms about this. OK, if you are enraged by a picture of a hard-on covered by underwear, it’s certainly your right to be. However, Breitbart’s jailbait insinuation was just uncalled for.

Anyway, I’m pretty sure this will go away when the next “scandal” comes along. Should be any day now.

Until then, the grey briefs are kinda cute. And he looks naughty in that picture. Is it getting warm in here? Why am I craving cannolis all of a sudden?